Most people see artists as individualists who don’t have anything to do with the real world, but is it really the truth? What does art have to do with our society? No one can give a straightforward answer to these questions, but being an artist definitely comes with a certain responsibility and social influence. Unlike politicians or marketing managers, artists don’t have such a clearly defined duty and responsibility, but they definitely impact the world in many different ways.

We will discuss 10 ways artists are changing society and contributing to the well-being of the global community. 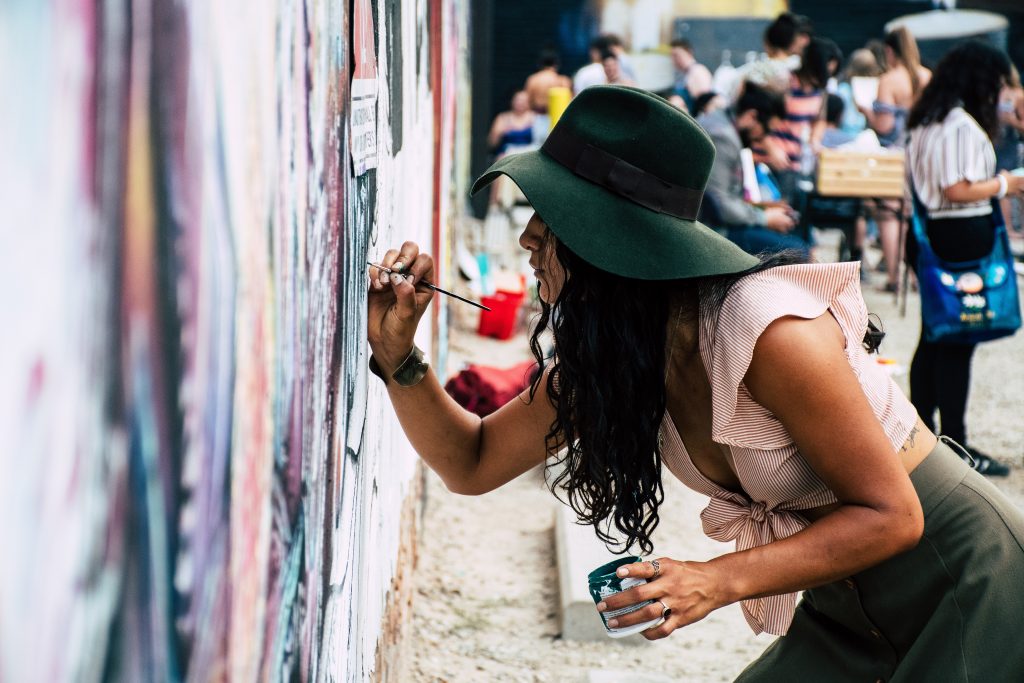 A typical person tends to hide feelings and everyday problems, but that’s where artists step in to articulate universal emotion. We all have our fears, hopes, dreams, and illusions, but it seems like artists are the only ones who can express it clearly.

For instance, you can write amazing college papers, but only a genuine novelist can write stories that have a universal meaning. This is the primary role of all artists – to express human emotion and help us all to feel hope and peace of mind.

2. Artists are there to tell the truth

There are countless socially responsible artists who strongly believe they must tell the truth to the world when everybody else pretends not to see it. Take Banksy as an example because he always finds a way to point out social injustice in a creative manner. Not every artist is as direct and up-to-the-point as Banksy, but the fact remains that poets, sculptors, and other artists are there to remind us in their creative way of the things we can’t or don’t want to see.

3. Artists are breaking the norms

Of course, artists are also in charge of breaking the norms and discovering uncharted territories. They are the avant-garde, individuals whose works are characterized chiefly by unorthodox and experimental methods.

We are not talking about art exclusively. On the contrary, artists are also known for breaking social norms and introducing new behavior patterns to local communities. Their influence can be more or less productive, but artists will always be looking for opportunities to break the norms and guide society.

4. Artists pass on the tradition

This responsibility of an artist is totally different than when they break the norm. And the two do not exclude each other. As a matter of fact, they support and augment each other to generate the only natural synthesis of artistic work. Artists pass on tradition and preserve our cultural norms in various formats. Even when they introduce changes to tradition, they cannot do it without relying on earlier techniques and norms.

5. Artists are pointing out problems

Can you imagine the world without artists who point out and describe some of the most important problems of a given era? Of course, the answer is “no” because it would make the history of art a lot less fruitful. For instance, Picasso’s mural Guernica still stands as one of the major protest notes against fascism. Guernica depicts the massacre of a Basque village in 1937 and it has become a representation of every city ever bombed.

6. Artists bring joy to the world

We must not forget one simple fact – artists bring joy to the world. They have the power to inspire people. They make us laugh, they make us impressed, and they make us thrilled by just looking or listening to their masterpieces. You don’t need to go beyond Ode to Joy, the final movement of Beethoven’s Ninth Symphony. The song was so popular that it eventually became the official anthem of the European Union. That’s how important art can be to our world.

Consciously or not, every artist is reflecting the values of his/her community. They act as passionate analysts of local societies and you can instantly spot it in their paintings, poems, novels, sculptures, and other works of art. This is exactly why it’s so easy to make a distinction between communist artists and their colleagues coming from liberal societies. Of course, you can also see major differences between artworks coming from different cultures, countries, ages, and so on.

8. Artists create a sense of belonging to the community

Artists are also responsible for creating a sense of belonging to the wider community. We are not talking about national communities only, but rather about all groups of like-minded individuals. For example, some artists inspire political groups, while others support different lifestyle groups. This is why you can often hear that rock and roll is a way of life rather than art. We can say pretty much the same thing for every other type of art and artistic community.

It’s hard to imagine a country in the 21st century that is not multinational and multicultural. As it turns out, artists have a huge responsibility to promote multiculturalism and break the borders of a national mindset. This is why we can say that some artists are the best ambassadors of their countries. For instance, Fela Kuti made people pay attention to the African culture, while Haruki Murakami popularized Japanese literature among young generations of the Western world. 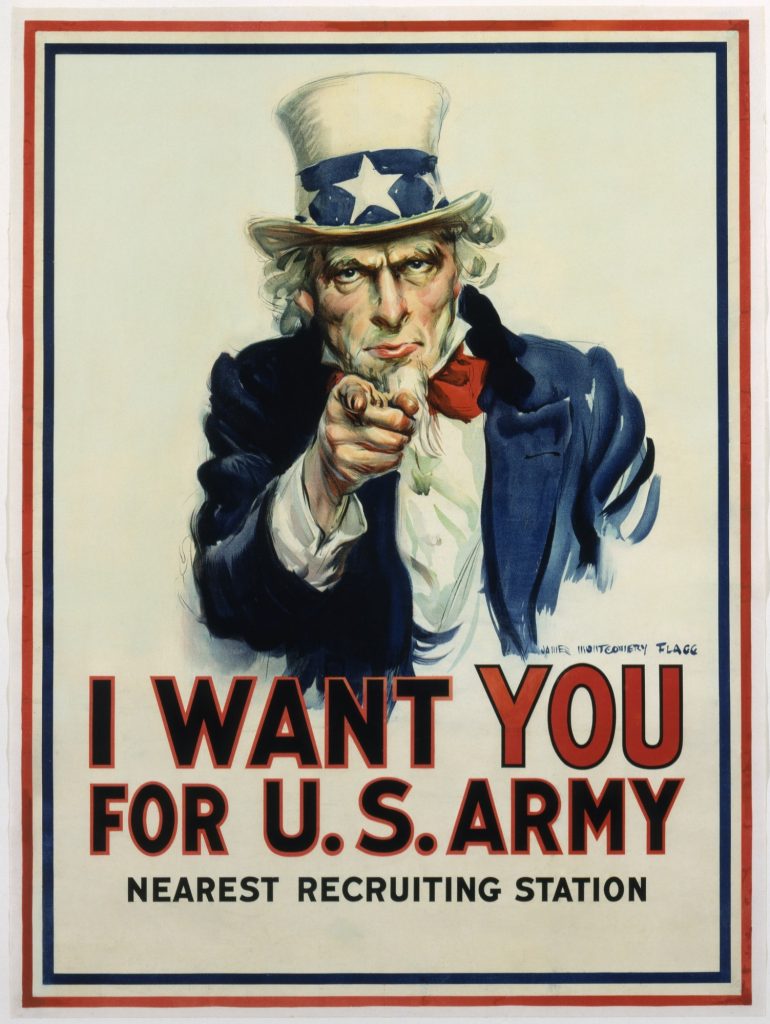 I Want You – James Montgomery Flagg

Art sometimes takes the wrong turn and becomes nothing but propaganda, which is why we need to mention it as one of the great responsibilities of modern artists. A famous film director Leni Riefenstahl strongly contributed to the rise of the Third Reich, the same way Sergei Eisenstein helped the Soviet revolutionary propaganda in the first half of the 20th century and James Montgomery Flagg’s “I Want You” helped recruit soldiers for the first and second World Wars.

It’s hard to claim that painters, writers, and other artists have any kind of social responsibility, but they can definitely influence our societies and make the world a better place. An artist can play many different roles, but these can certainly be considered the top of the list of the impact a creative individual can have on their communities, and on society and culture at large.

Leon Collier is a blogger at the nursing essay writing service. He also creates essay writing service reviews and discusses topics such as pop-culture, history, travel, self-development, and marketing. When not writing, you can see Leon behind a book or playing tabletop games with his friends. Follow him on Twitter @LeonCollier12

The post Can Art Change Society? A Responsibility of Being an Artist first appeared on Art Business News.

Questions to Ask Before Hiring an Art Agent

Artists crowdfund to save UK museums

A year after fire, Museum of Chinese in America launches digital platform with Google...

Is Van Gogh hiding at the back of this Toulouse-Lautrec drawing?

Can Biden’s inauguration galvanise the US art world into finally taking action against climate...

What will Biden-Harris do for the visual arts?

City of London to remove statues of politicians with slavery links

Read what Jenny Saville, George Condo and Victoria Beckham have to say about their...

DeFi -How your finance is changing

The Art Newspaper joins in the Bernie Sanders meme mania

From 0 to 15 billion market cap — Why is the DOT price exploding?

5 Ways to Start the Year Right

Tearing down troubling statues is not lying about our history—it is removing impediments to...