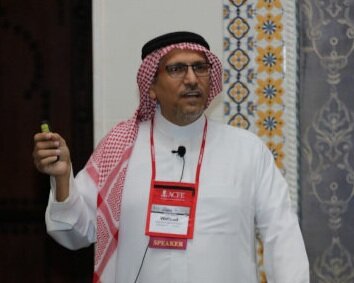 Most fraud examiners understand that setting an ethical tone at the top is a vital part of an anti-fraud strategy. According to the 2018 Report to the Nations, having an established code of conduct reduced the amount lost per fraud instance by as much as 56%. However, it’s one thing to understand how important tone at the top is and an entirely different thing for organizations to actually establish and stick with an ethical framework and attitude that carries through all their business decisions.

Waheed Alkahtani, CFE, the executive director of the Saudi Anti-Fraud Association, discussed the importance of ethical decision-making during his session, “What is the Value of Corporate Ethics?” at the 2020 ACFE Fraud Conference Middle East in Dubai this February. “We have to sell the concept of conducting business with the highest ethical standards,” Alkahtani said. “With companies, countries and individuals, once they decide to be ethical and have principles, things will change.”

He primed attendees to start questioning what defines ethics, and how ethical decisions may differ from person to person, with a scenario involving the nemesis of travelers’ wallets everywhere: the minibar. He had attendees imagine themselves hungry after a day of travel and in a town with no open food options. They spy a Snickers candy bar in the minibar and eat it to quell their hunger before going to bed. When they wake up the next morning, they are horrified to see that the candy bar cost $23 according to the price sheet. Later that day, they happen upon a convenience store selling the same Snickers for a fraction of the price. “How many of you would buy that [cheaper] Snickers bar and replace the one in the minibar?” he asked the audience.

Answers ranged from person to person, but he used the scenario to illustrate that everyone has a different, personal code of ethics. He explained that everyone draws their ethics from some aspect of four main categories: personal, religious, legal and cultural. He said that “whether you know it or not, you’re using one of these [categories]” to make the decision about the Snickers. For business ethics to be effective, leaders need to understand what factors shape their ethical foundation.

Alkahtani took this idea and applied it to the importance of clearly defining and communicating ethics within an organization. Once the leaders of an organization set an ethical tone at the top, it serves to create trust and will lead to more organizational success. “It all starts with the leaders … once the leader adopts and believe in the concept of doing things right … things will change and you will see miracles,” he said. “Make an ethical position part of your business goals.”

He also stressed that it’s not enough to just communicate an ethical tone at the top. He said that employees understand actions, not intentions. A leader may say one thing, but if their employees see them act in a contradictory way, they will follow the actions, since they can’t see the intentions. He also cautioned attendees to, “be aware of the tone at the middle.” Most employees come in contact with middle management more frequently than they do with those in the C-suite. They will take their cues from what they see their managers doing on a daily basis over an established code of conduct that is distributed once and then never heard about again.

He closed his session with reminders that organizations need to be aware of the environment and culture of their workplace. Leaders need to step up and communicate clear codes of ethics and pay attention to potential ethical gray areas their employees may encounter and address them head-on.

The Orientalism of Eugène Delacroix – Beware of the Colors!

What is Initial Dex Offering or IDO? The benefits of IDO fundraising

The 5 Step Guide to Art Marketing

Is there loot lurking in your collection? Find out—before someone else does

Gettin’ biddy wit it: Will Smith handprint painting to appear alongside works by Hockney...

4 Reasons Why Oasis Network is Worthy of Your Attention

Does My Bum Look Big in This? The Female Body in Art

Copyrights and Trademarks: How to Protect and Monetize Your Work

Some New York museums will ramp up to 50% visitor capacity next week under...

How Uber will Die.

Vechain: Why VET Smashing It & What Next?

Ethereum Will be Bigger than Bitcoin