The Beginning of a new World: The Development of Modern Sculpture is the newest exhibition at the Kröller-Müller Museum in Otterlo, Netherlands. It pays tribute to the unique vision and incredible sculptural acquisitions of Bram Hammacher, the museum’s director from 1948-1963. Jannet de Goede, current Head of Exhibitions, provided Daily Art with wonderful insight into the details of the collection. 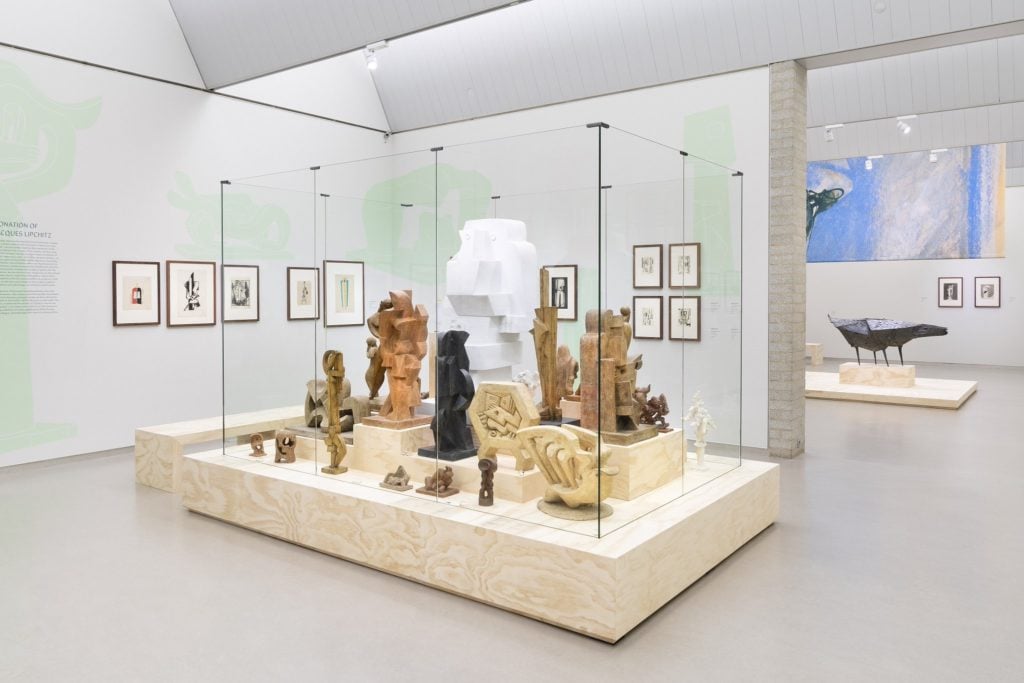 In 1938 Helene Kröller-Müller and her husband, Anton, founded the Kröller-Müller Museum. Helene was from a wealthy industrialist family and began collecting art from a young age. She was one of the first European women to compile such a massive collection.  Her 11,500 works of art contained pieces by artists such as Van Gogh, Mondrian, Seurat, Picasso and Redon. She eventually donated her entire art collection to the Netherlands, and the museum was built at Hoge Veluwe, a large piece of land owned by the family.

In 1948 Bram Hammacher was appointed the new director. A respected and leading art critic and writer, he already had close friendships with artists and had made an impression on Helene as well. But his desire to fill the museum with modern, abstract sculpture was met with fierce resistance. Upon her death in 1939, Helene had set strict guidelines as to what kinds of art could be added to her collection – if any. Hammacher was able to eventually work his way around all the opposition by arguing she had not mentioned sculpture in her rules, and that his vision was to supplement the museum with modern works that complemented her vast collection of paintings. 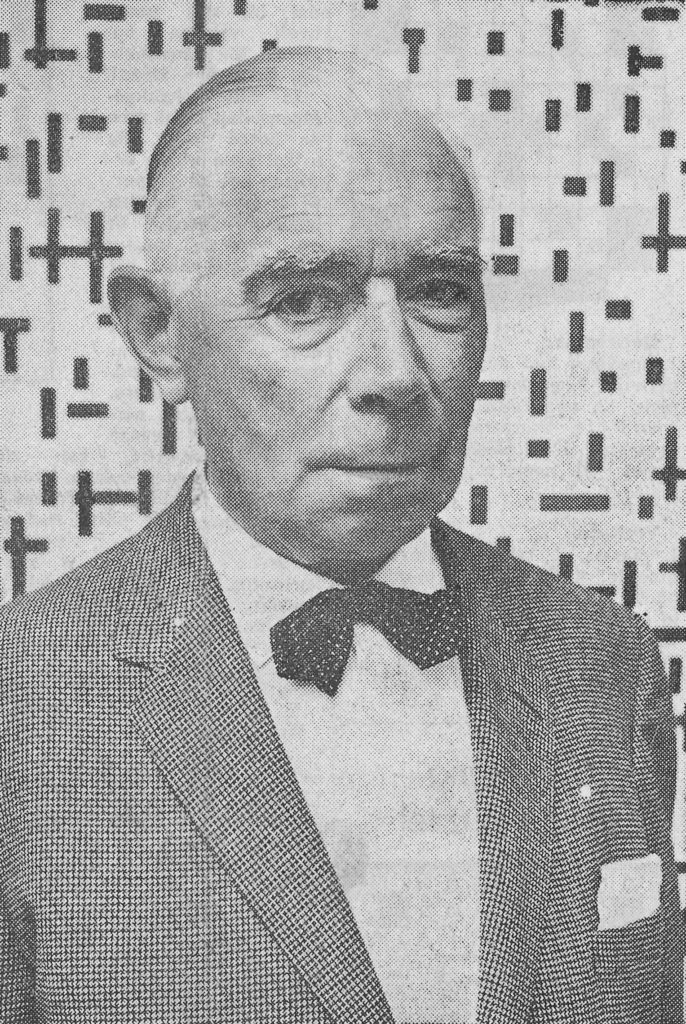 Bram Hammacher in front of a painting by Piet Mondrian. 1962.

Truly revolutionary for the time, Bram was driven to create a collection of modern, abstract and international sculpture – highlighting the development and changes as well as the influence of non-western art on this work. Few museums focused on sculpture, especially modern. In 15 years he assembled 120 pieces from Auguste Rodin, Constantin Brancusi, Barbara Hepworth, Henry Moore and other prominent artists. The variety and breadth was unmatched at the time. As a critic, he valued and respected this art and his relationships with the artists.

His most famous achievement eventually became the sculptural garden on the grounds of the museum, one of the largest in Europe (160 sculptures on the 25 hectares), which opened in 1961, after 10 years of championing for it. In these words “for every innovation…treacherous quicksand had to be traversed.” 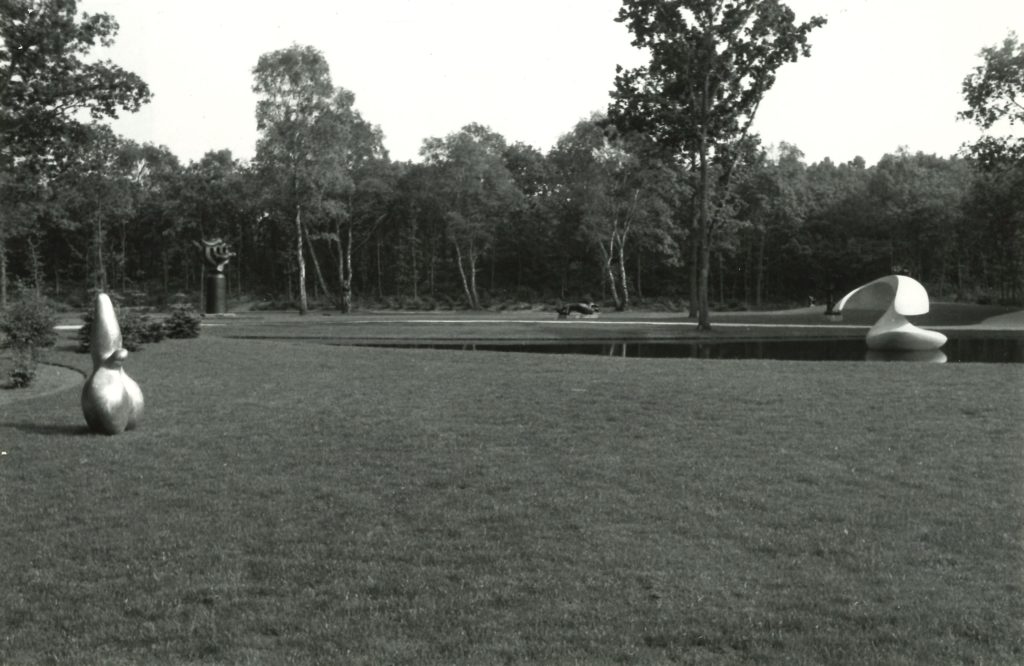 “The Beginning of a New World” is divided into four sections. The first two spaces are an homage to Bram Hammacher; whereas the third and fourth show how he saw the development of modern, international sculpture. 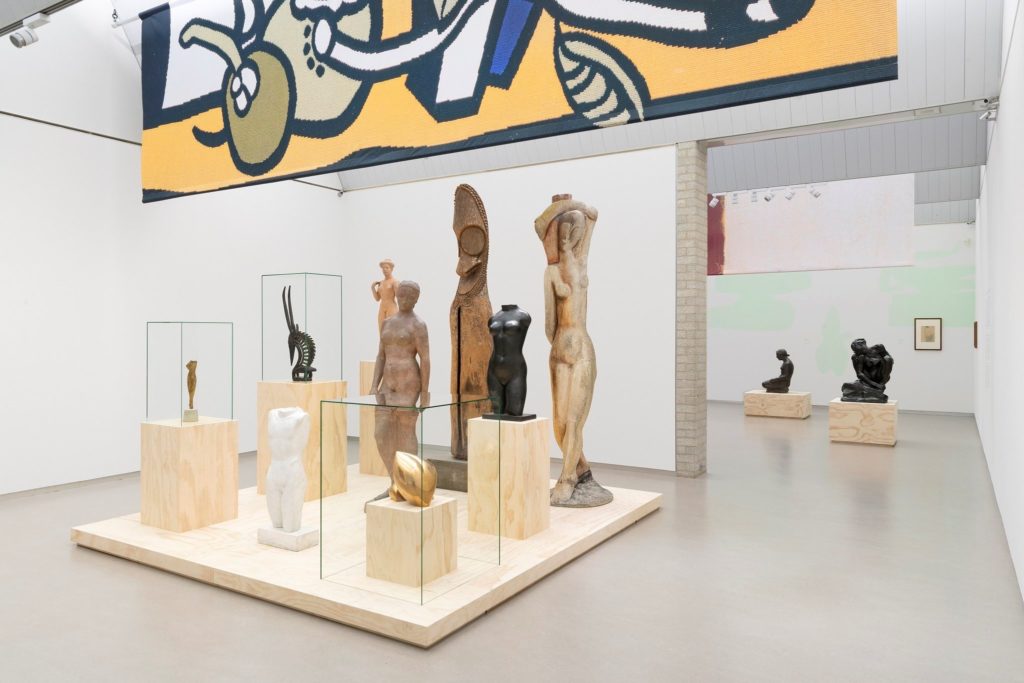 The first room presents the nine sculptures of the museum from 1953. Two were already part of the collection (including Wilhelm Lehmbruck’s Standing Female Figure, 1910), seven were of Hammacher’s recent acquisition. These nine sculptures were the ones Hammacher used as a starting point to highlight the importance of sculpture and his eventual goals for the museum’s profile. With work from local, European and non-Western artist, he was emphasizing this idea of bringing the museum into an international context. His careful choosing of Rebecca by Ossip Zadkine, impressed the museum head’s and secured his ability to continue on his mission. 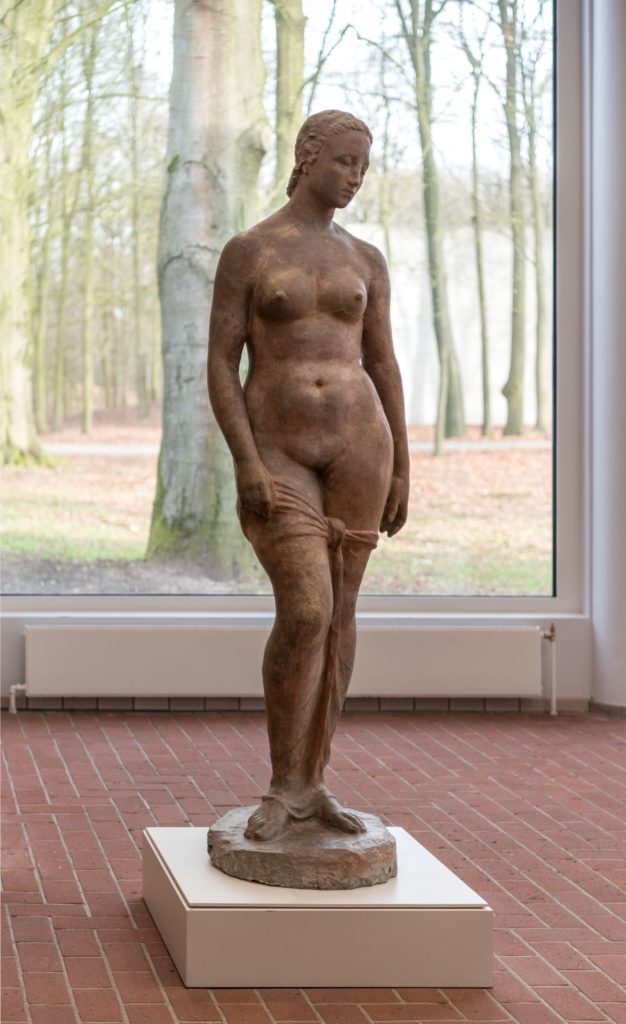 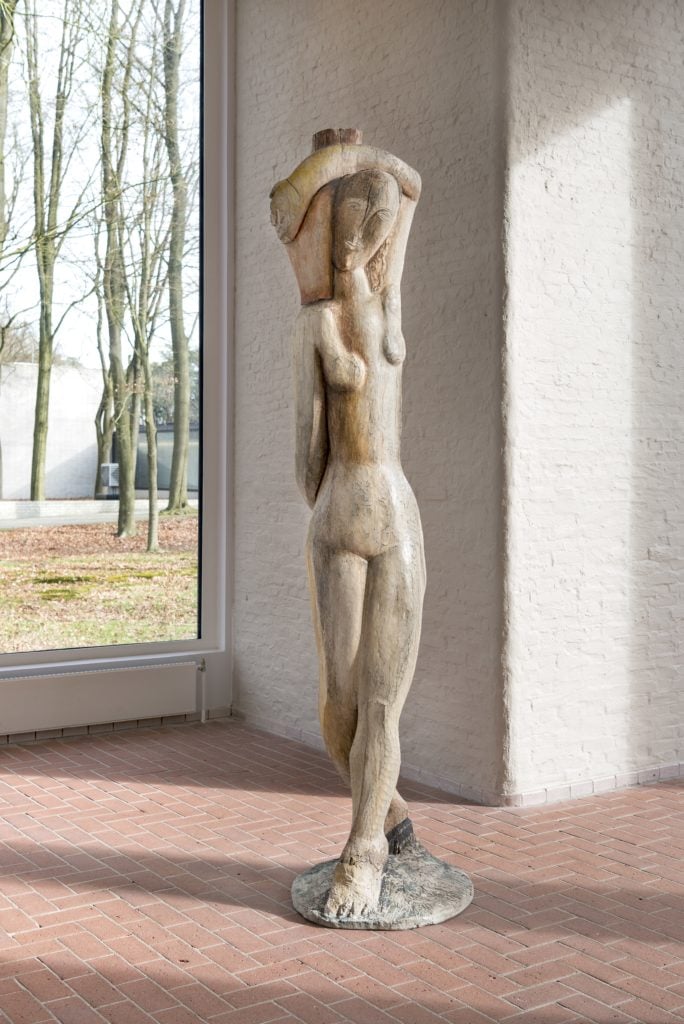 The second room presents the diversity of sculpture from the 1950s with works he acquired for the garden as well as smaller pieces of human heads, profiles and portraits. These are key in showing Hammacher’s eye, what he was looking for and the direction he was headed. He also wanted drawings from the sculptors of their works. This room also displays the gift of 41 works from the Jacques Lipchitz Foundation in 1976 to commemorate his friendship with Hammacher. 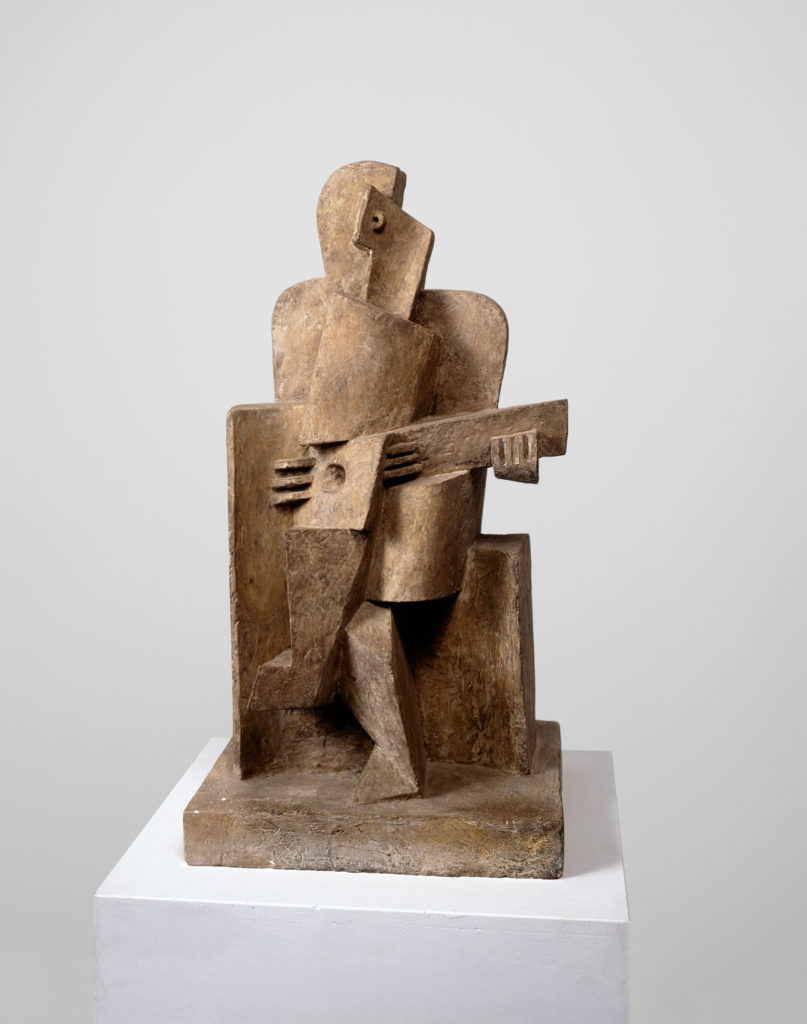 Hammacher had a very firm idea of what was happening in modern sculpture at the time–it was partly expressionistic, very figurative and showing feelings and ideas; the other was the purely abstract. The centerpiece in room 3 is Marino Marini’s Horse and Rider (1951-55) representing the expressionistic style. Room 4 contains Constantin Brancusi’s Le commencement du monde (The Beginning of the World, 1924) to emphasize the abstract element of modern sculpture. It is also the piece from which the exhibition derives its name. 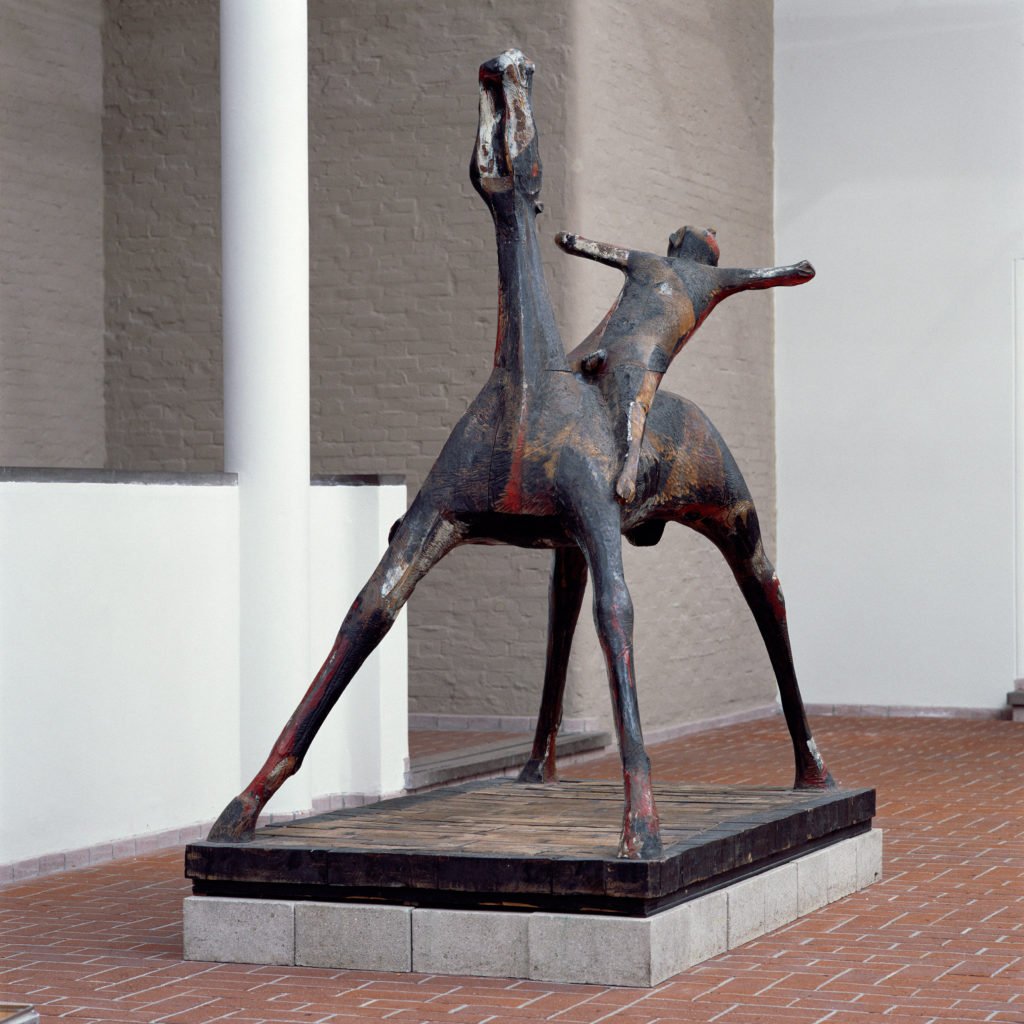 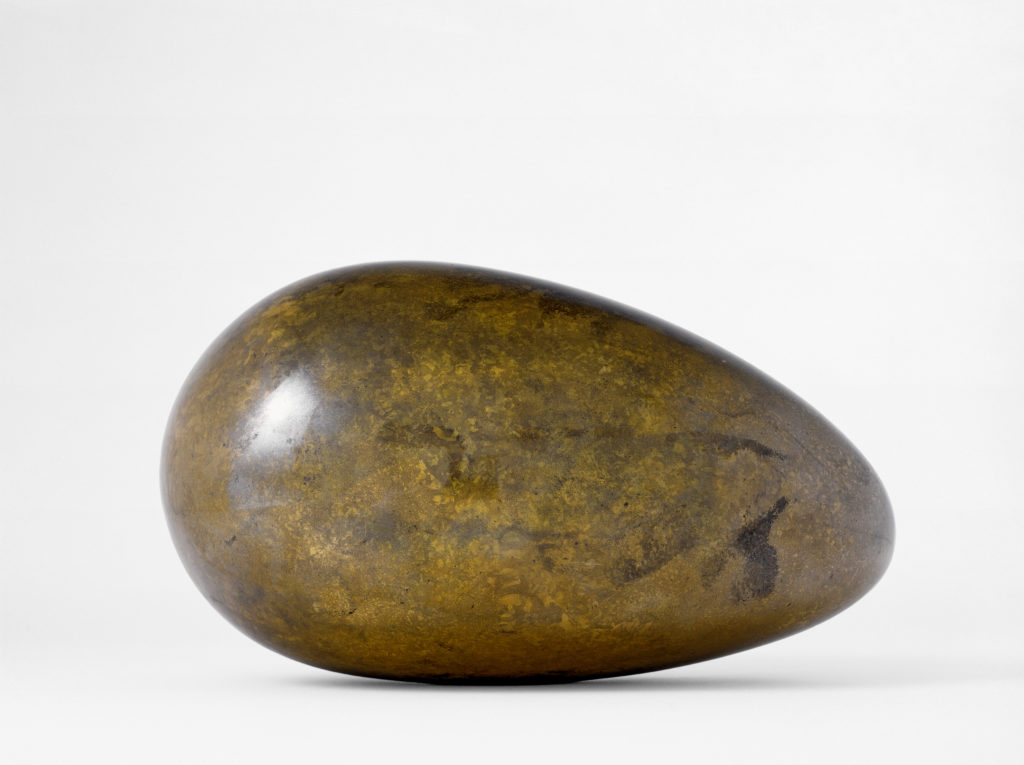 The flow and outlay of the exhibition makes it clear how important Hammacher’s vision was and the amount work and determination it took for him to execute that vision. The variety and quality of the collection confirms his efforts. These are works that are still from the top and most iconic sculptors of the 19th and 20th century. Not only inside the museum, but on the gardens where nature and sculpture are unified – he truly accomplished what he set out to achieve. 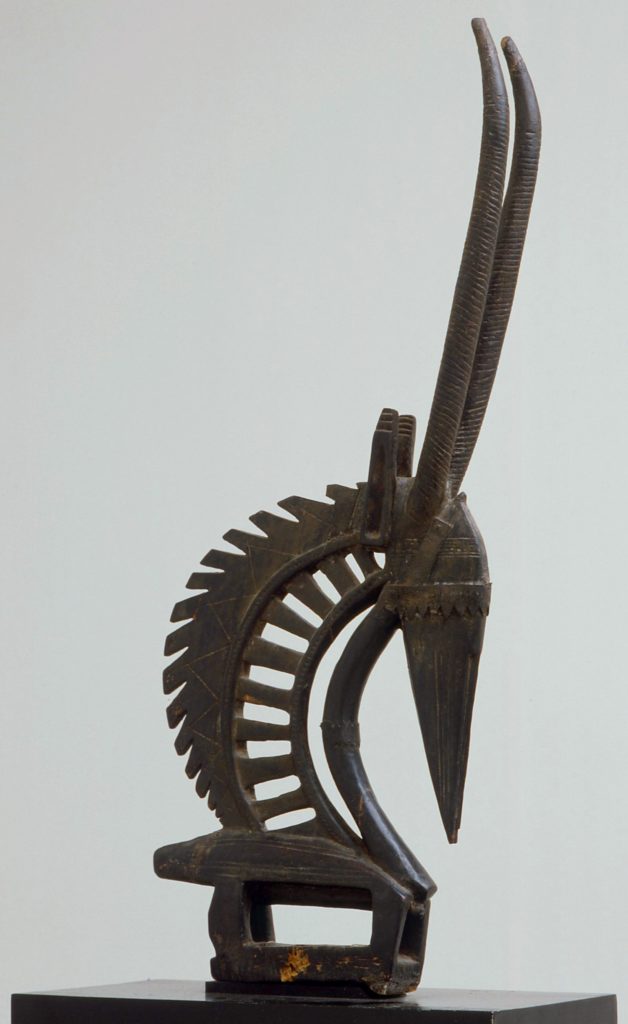 The exhibition runs through September 29, 2019.

Besides The Beginning of a New World, there are many other reasons to visit Kröller-Müller Museum and you will find them here!

The post The Beginning of a New World at Kröller-Müller Museum appeared first on DailyArtMagazine.com - Art History Stories.

The Beginning of a New World at Kröller-Müller Museum was first posted on June 20, 2019 at 4:50 am.
©2017 "DailyArtDaily.com - Art History Stories". Use of this feed is for personal non-commercial use only. If you are not reading this article in your feed reader, then the site is guilty of copyright infringement. Please contact me at rafalkw@gmail.com