June has been chosen as the Month of Pride to commemorate riots in the neighbourhood of Greenwich Village, Manhattan, NYC, which were a response to a police raid that took place on June 28, 1969. This upheaval is considered one of the most decisive events which led to the formation of the gay liberation movement in the United States. In order to mark its 50th anniversary, I want to share with you paintings with the most recognizable symbol of the LGBTQ+ movement, the rainbow. 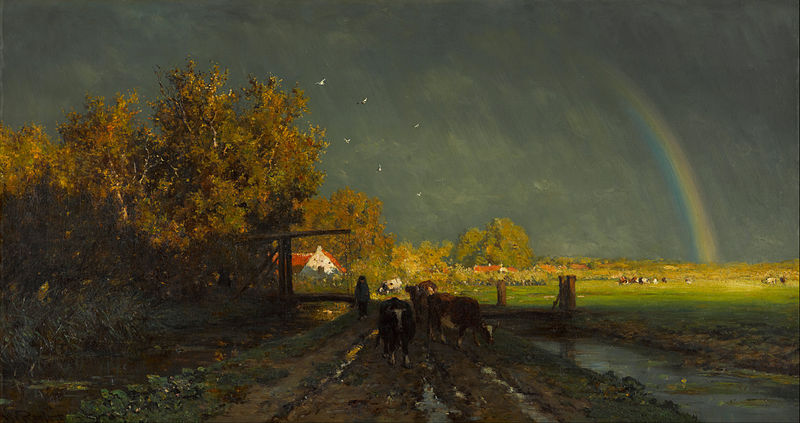 My heart leaps up when I behold
A rainbow in the sky.
So was it when my life began;
So is it now I am a man;
So be it when I shall grow old,
Or let me die!
The child is father of the man;
And I could wish my days to be
Bound each to each by natural piety. 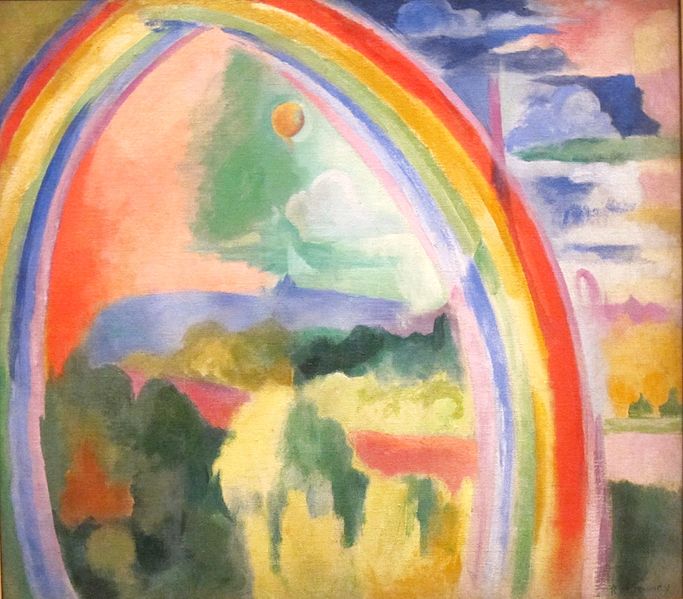 The LGBT rainbow flag was designed by Gilbert Baker, a San Francisco- based artist in 1978.  Baker may have been inspired by the Stonewall Riots or by Judy Garland’s song “Over the Rainbow”  (she was one of the first gay icons and died a couple of days before the riots). Others suggest that the flag might have originated at college campuses already in the 1960s, when students demonstrated for global peace carrying flags with five horizontal stripes. Baker was asked by Harvey Milk in 1977 to come up with the design, which would later be first presented as gay pride flag at the San Francisco Gay Freedom Day Parade in June 1978.

In painting rainbow assumes various symbolic functions. Here, for example, Millais includes it to emphasize the misery of a blind beggar-girl. While her sister can enjoy the magnificent double-rainbow view, the girl can solely enjoy the sunrays touching the surface of her face. 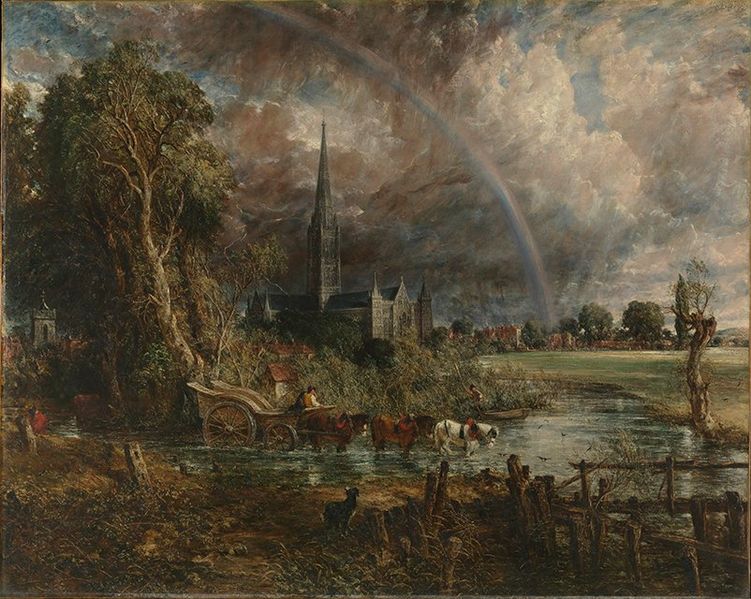 Here, instead, Constable inserted rainbow for an exercise on the rendering of light. But it also adds splendour to the idyllic scene, doesn’t it? 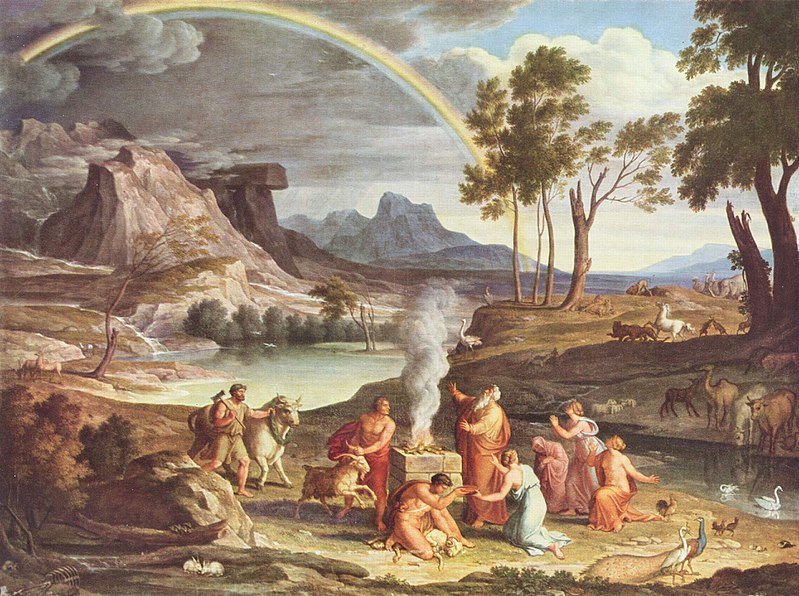 Many religious paintings use the rainbow as described in the Bible, the sign of God’s covenant with humanity described in Genesis 9:16.

“16 Whenever the rainbow appears in the clouds, I will see it and remember the everlasting covenant between God and all living creatures of every kind on the earth.” 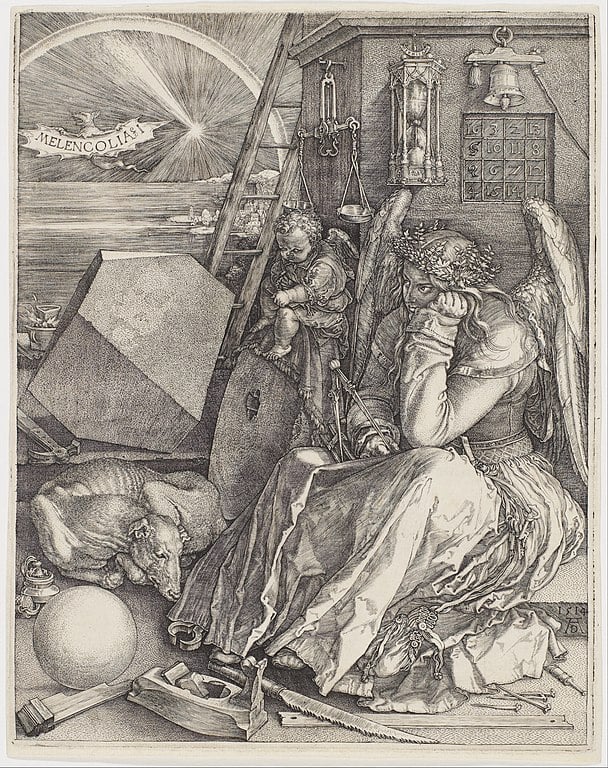 Is it day, or is it night? Some critics argue that it’s night and that the arc is not in fact a rainbow, but a lunar moonbow. We don’t know exactly, since we cannot really specify what thing precisely is in the sky: is it a comet, a star, a planet, or the rising sun? 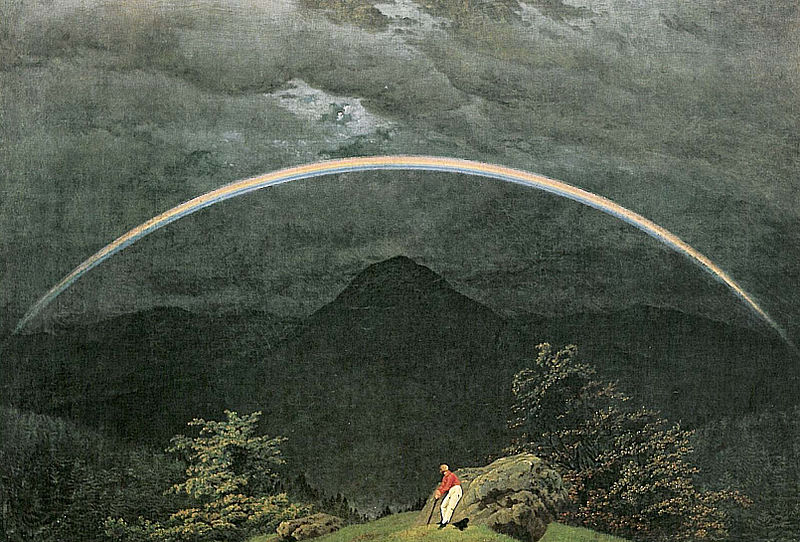 In 1809 Friedrich travelled through Germany and along the Baltic Sea, and this painting is probably a fruit of one of his trips. As typical for a Romantic painter, Friedrich depicted the opposites here: the sunlight highlights the figure of the wayfarer who stopped for a moment to admire the rainbow, which is a link between the darkness of the mountains and the light of the sky behind us. 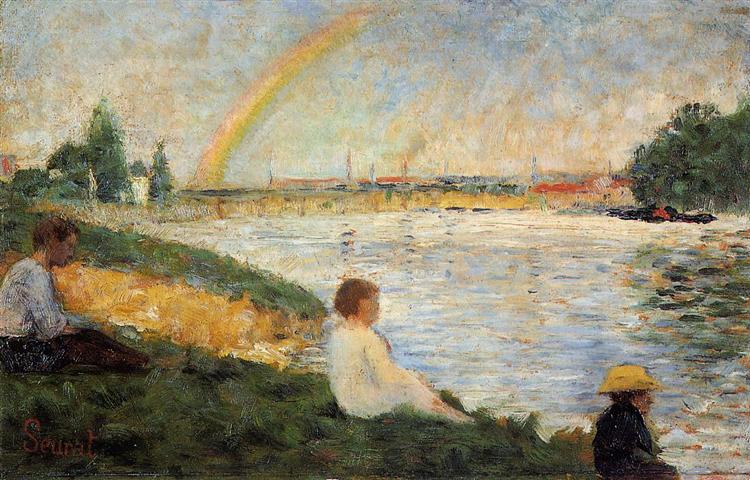 This rainbow painting was produced by Seurat as just one of studies for the famous “Bathers at Asnières”, which he finalized a year later. Although it’s treated as a preparatory painting, it can be considered a work on its own, as it’s very close to the finished painting. 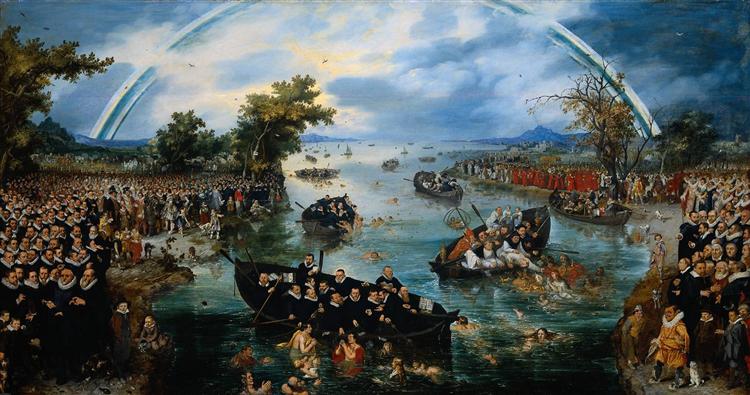 In the 17th century Netherlands (and Europe in general) politics and religion were inextricably bound up and painting served as a propaganda tool. Here we see how de Venne illustrates the two sides of the conflict in the Netherlands: Protestant ministers and leaders of the Republic (The North) are on the left, on the opposite side we see the archdukes who governed the South, surrounded by countless Catholic clergymen. We see that staying on the left with the Protestants pays off: the sun shines there, the trees are greener, and their boats seem to be way more solid.

Rainbow in Painting for LGBT Pride Month was first posted on June 18, 2019 at 4:12 am.
©2017 "DailyArtDaily.com - Art History Stories". Use of this feed is for personal non-commercial use only. If you are not reading this article in your feed reader, then the site is guilty of copyright infringement. Please contact me at rafalkw@gmail.com