Our painting of the week is Simpatía (La Rabia del gato) which is soon going to be auctioned at Christie’s. It’s a huge treat for all art lovers because for the last 40 years it was a treasured piece of art owned by the same family. The last auctions, when Remedios’s works were sold, happened in 2014 (Hacia la torre sold for $4.3 million USD)  and 2015 also at Christie’s (Vampiros vegetarianos sold for $3.3 million USD). 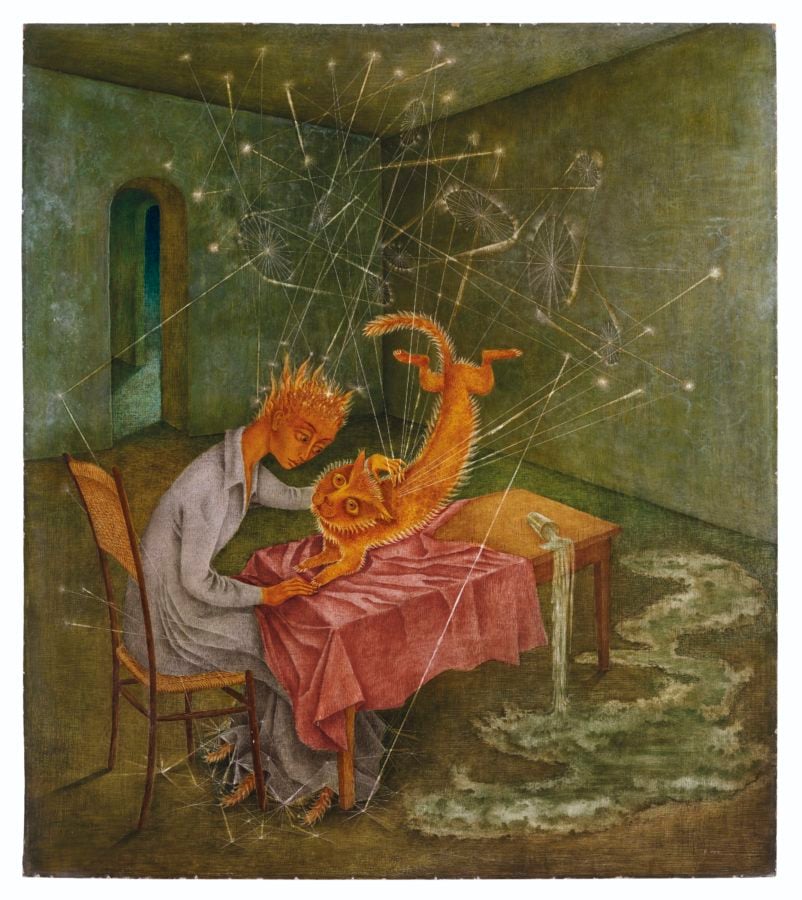 A Surrealist Take on the Cat Lady

What do we have in front of us? A fairly normal domestic scene, not that fantastic or esoteric as in other works by Remedios Varo (1908-1963), and yet it captivates us because of the energy that flies all over the place and because of the affection between the lady and her cat. We are a witness to a tender and caring, yet intense scene: a cat has just jumped on the table and tipped over a glass of water that has spilled on the floor in a somewhat dramatic puddle. 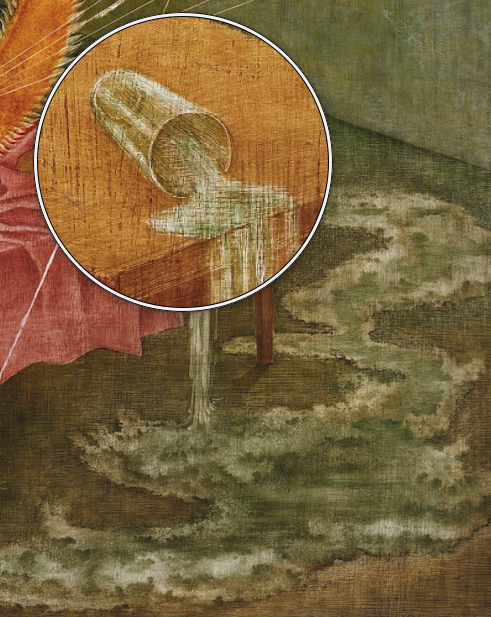 The woman, instead of rage, shows the affection and sympathy of the title, the acceptance and loving caress. In turn, this gentle touch of hers produces the sparks of energy that connect the human being with the animal and radiates in other directions of the room.

Remedios Varo loved cats, in fact her surrealist alter ego was a cat, so maybe what we see is a double self-portrait, as the features of the cat match those of the woman. Is it her human and animal nature that we observe? And the sparks that unite them are not of this world. 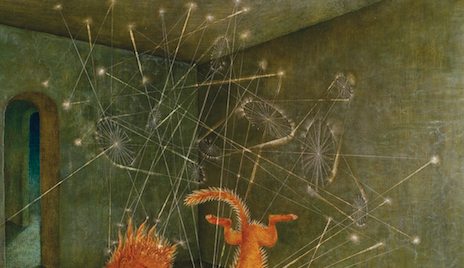 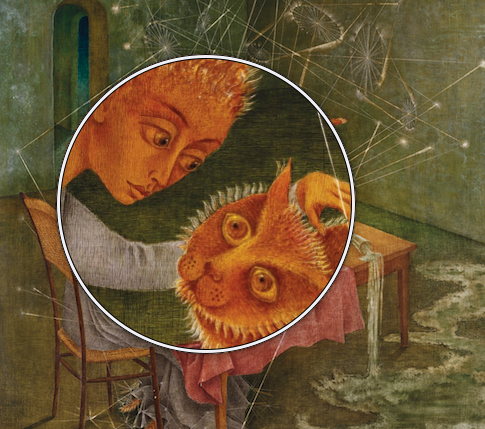 Simpatía (La Rabia del gato) is one of 171 paintings Remedios painted in her fairly short life. It is very rare and personal. It was created in Mexico City in 1955 and presented at the group exhibition Seis pintoras (Six Painters) at the Galería Diana on one of the most prestigous avenues of Mexico City – Paseo de la Reforma 489. She then exhibited four recently painted small-scale works. It was the beginning of the very productive period when she became a popular and highly sought-after artist, and in the following years until her death in 1963, she completed over one hundred works. After more than a decade of mundane, commercial work (including sewing, restoring ceramics, creating advertisements for pharmaceuticals, and making technical drawings for the Ministry of Public Health), she finally had her pace and comfort to create, provided by a new husband – Austrian refugee politician Walter Gruen Berger.

Varo mostly painted on canvas and Masonite and her studio was located in Colonia Roma, Mexico City. She worked methodically, using extremely small brushes of basically a single hair, and it took her months to deliver a finished piece. The technique she often used was so typical to other surrealists, it was called decalcomania, in which ink, paint, or another medium is spread onto a surface and, while still wet, covered with material such as paper, glass, or aluminum foil which, when removed, transfers a pattern that may be further embellished upon. In this particular painting we can see its result in the way the water from the cup spills to uncontrolled, oversized liquid surface.

It seems that it is one of not so many intimate and quiet pieces by Remedios Varo, with only a hint of surrealism (look at the three hairy legs that shows up underneath the table) and the whole spectrum of vibrant emotions. In Simpatía, Varo captures and shows us the magical realism of the meeting in our day to day life, not only of a woman with a cat. 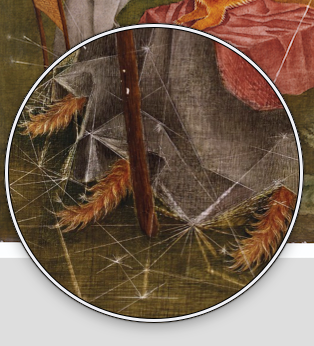 After the global crave for iconic Mexican surrealist Frida Kahlo, we are currently observing a new fascination with other female artists from Mexico, such as Remedios Varo, Leonora Carrington, Kati Horna, Alice Rahon.

Remedios’s art was featured in many international exhibitions and she also had her own solo exhibitions in the USA, UK, France, Spain, Germany and Denmark in the past couple of years. The monographic exhibitions were organized by the National Museum of Women in the Arts in Washington D.C., The Magic of Remedios Varo in 2000, in the same year Mexican Fine Arts Museum in Chicago followed with their exposition of her works. In Mexico City, the Museum of Modern Art in 2017 and 2019 held two very well received shows:  Remedios Varo. Apuntes y anécdotas de una colección and Adictos a Remedios Varo: Nuevo legado 2018 , the latter exhibition boasting 190,000 visitors during its run.

It is, however, worth mentioning that very early in her career, her pieces were shown in Paris, New York and Tokyo (1936 Surrealist objects, Gallerie Charles Ratton, in Paris; 1936 Fantastic Art, Dada & Surrealism organized by the Museum of Modern Art in New York; 1937 Surrealisme in Tokyo). Remedios’s art spoke in distinct times to very vast and different audiences. As they became addicted to Remedios (remedio means in Spanish medicine, solution), they discovered her version of Latin American magical realism.

Varo’s works have been acquired by museums worldwide, including The Museum of Modern Art, New York; Centre Pompidou, Paris; the National Museum of Women in the Arts, Washington D.C.; Museo Nacional Centro de Arte Reina Sofia, Madrid, among others.

Painting of the Week: Simpatía (La Rabia del gato), Remedios Varo was first posted on May 19, 2019 at 4:19 am.
©2017 "DailyArtDaily.com - Art History Stories". Use of this feed is for personal non-commercial use only. If you are not reading this article in your feed reader, then the site is guilty of copyright infringement. Please contact me at rafalkw@gmail.com