The Church of the Latter Day Saints (also known as the LDS or Mormon Church) was founded by Joseph Smith in the 19th Century and currently has over 12 million members across the world. It has its headquarters in Salt Lake City, Utah and is best recognised by its incredibly distinctive temples. Although known for its striking architecture, the art which is housed within these temples is just as intriguing.

The LDS Church has a history which is intertwined with art and in 1890, several art missionaries were actually sent by the church to Paris to develop their artistic skills in the hope that they could eventually paint murals in the temples. 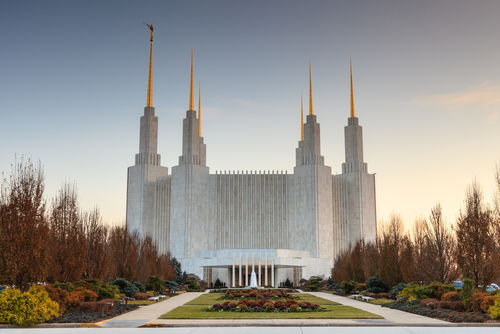 ‘Mormon Art’ is highly explicit in its representation of Christ and the gospel, leaving little room for interpretation. In fact, for many people these paintings are a source for education as they teach and illustrate stories from the Book of Mormon. What is especially unique about the paintings commissioned by the church and those displayed within LDS temples and museums is the backdrop they are painted against. Take for example, The Baptism of Jesus by Harry Anderson. In this painting we see Jesus’s baptism depicted vividly in oil paint, a scene which many Christians would expect to see set in the River Jordan, as is described in the Bible. However, paintings such as this one, which were made for the LDS church, also reflect the narrative of the Book of Mormon and its focus on the Americas. As a result, we see Jesus being baptised against a background which can also be interpreted as looking similar to the Americas; a location which is regularly depicted in Mormon Gospel Art. 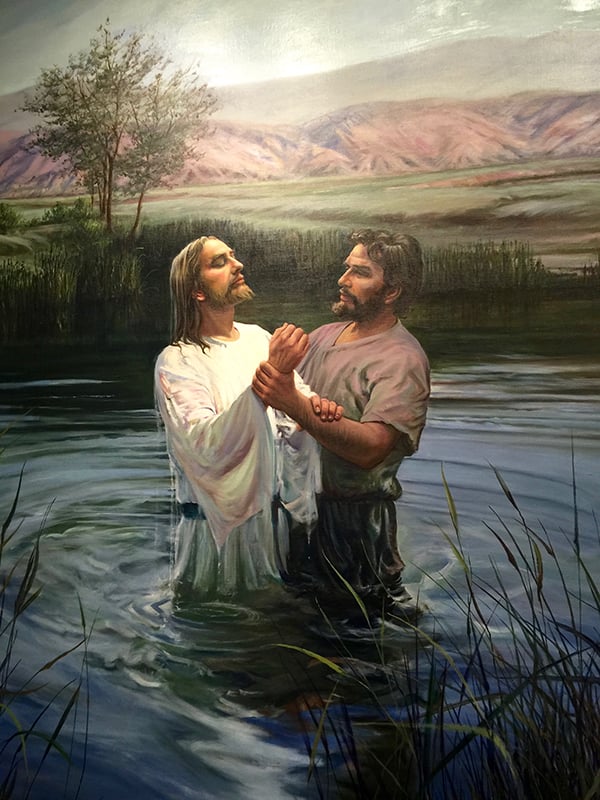 If we look at the painting below – Sermon on the Mount by Harry Anderson-  we are also able to see this American-centred narrative exemplified, as we see Jesus depicted before many followers in a location which many people have proposed to be Utah. The greenery which surrounds the gathering and blue waters which are painted behind seem to be very far removed from the surroundings that we expect to see such scenes set in. 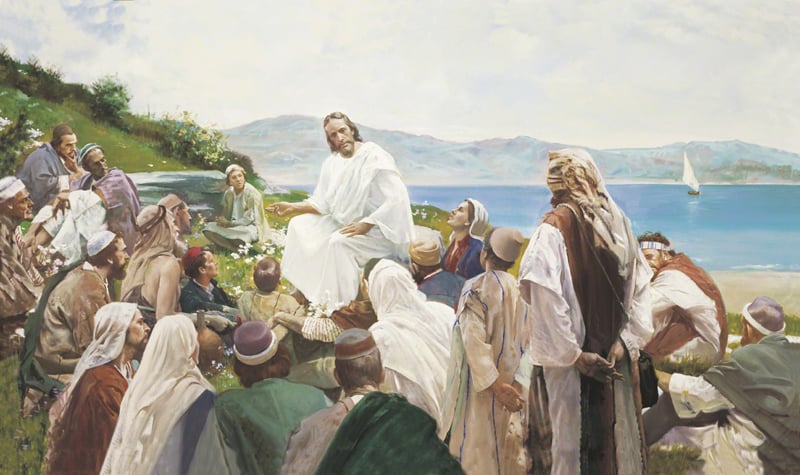 Comments have been made with regard to LDS Gospel Art that it is not the artistic skill or beauty of the paintings which is important but instead the religious intention of the image. It has also been considered by some scholars that the paintings commissioned by the church, such as those below, would receive little recognition outside of a Christian museum. Some art critics have even gone as far as to deem the paintings as ‘kitsch’.

Whatever your opinion on these paintings, they certainly provide a very interesting insight into beliefs of the Mormon Church and their ideas about Jesus Christ visiting the Americas. These paintings also offer us an example of art which has been valued far more for its educational and religious motive rather than its creativity.

Mormon Art: Painting the Gospel was first posted on May 2, 2019 at 4:00 am.
©2017 "DailyArtDaily.com - Art History Stories". Use of this feed is for personal non-commercial use only. If you are not reading this article in your feed reader, then the site is guilty of copyright infringement. Please contact me at rafalkw@gmail.com

The Hidden Meanings of Nature in Čiurlionis’ Paintings

Christo and Jeanne-Claude: With Love through Art

Art and architecture merge on Vancouver’s towers—but is the cultural outreach more than illusion?

Sun Tzu and the Art of Due Diligence

Fall of Afghanistan and Financial Crime Risks for Pakistan

Warning To All Crypto Holders. Now I Am Investing More. Why And What I...

‘The Europeans are back and buying’: sales flow steadily at first Art Basel since...

A brush with… Tacita Dean

A mammoth task for the MLRO

Rossetti paints us a (sometimes not so) pretty picture in exhibition devoted to artist’s...

Create, Test, Deploy and Interact with a Smart Contract from A to Z

The Hidden Meanings of Nature in Čiurlionis’ Paintings

How to Choose The Right Painting for Your Interior Spaces

German auction of Latin American antiquities goes ahead, but many works fail to sell

Time is ripe for Tacita Dean

Arthur Jafa on his long-term installation at the Glenstone Museum

Christo and Jeanne-Claude: With Love through Art