In Ovid’s poem Metamorphoses, boastful, arrogant God Apollo is mad with love for the virginal river nymph Daphne after being shot with a golden arrow by Eros. Daphne however wishes to remain unmarried and spurns him. A chase ensues, and as Apollo seizes the exhausted Daphne, she calls to her river god father to save her. He turns his daughter into a laurel tree. Her only escape from Apollo’s sexual desire is to give up her human form and become a tree of the forest. Even then she is not free from Apollo who steals her foliage to make himself a laurel wreath. He turns her choice and her chastity into a cultural symbol for himself.

Most artistic interpretations of the myth concentrate on the moment of transformation. Gian Lorenzo Bernini’s Baroque sculpture of the scene (shown above) was completed in 1625 and shows Daphne’s face in torment as her hands and hair turn to foliage.

Francesco Trevisani in the 17th century shows Daphne in terrified flight as the fingers of one hand begin to transform. 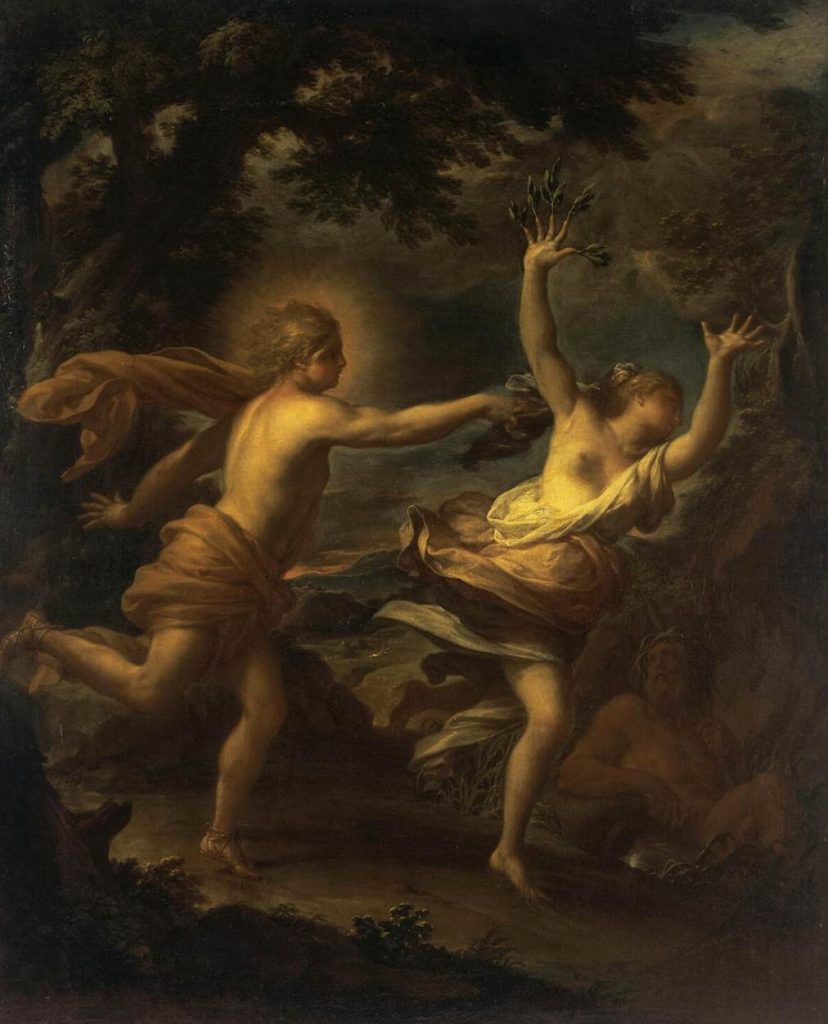 Antonio Pollaiuolo was an Italian painter, sculptor and engraver. Probably the first artist to study anatomy through dissecting corpses, we can certainly say he had a sense of humour – check out Daphne and her tree-arms! Born in 1432 Pollaiuolo taught Botticelli. He is best known for small wooden panel paintings showing the body in movement – running, wrestling, shooting. But what do you make of his incongruous image of Apollo and Daphne? 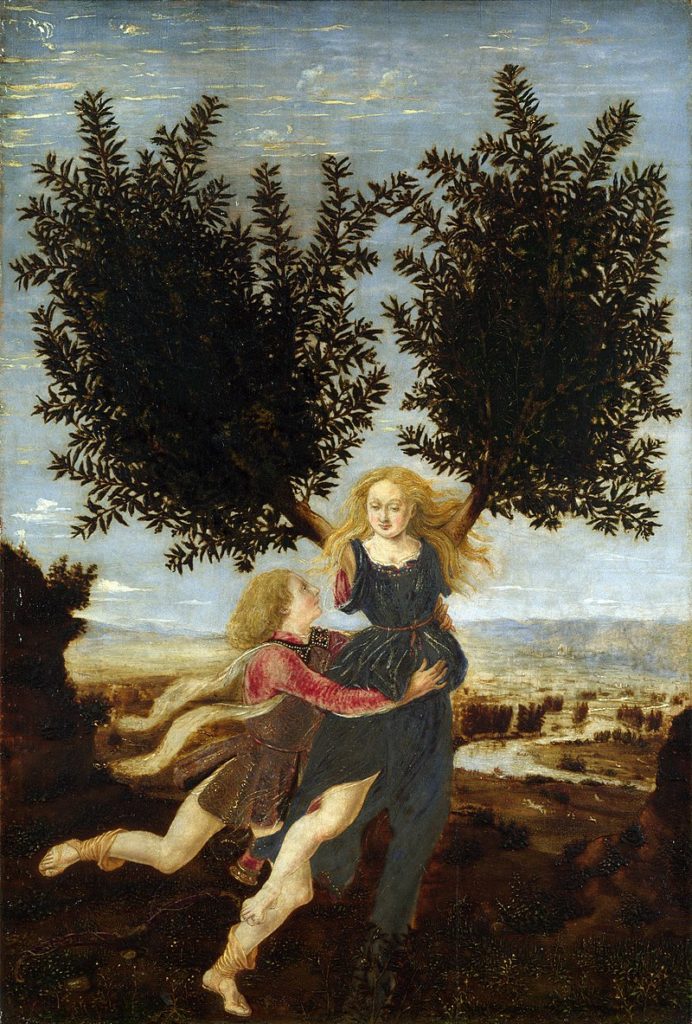 This isn’t about movement, or gradual transformation – it’s about a body being ‘stuck’. As Daphne runs from Apollo there is not a natural or graceful flowering of slim, lithe stems, instead, two enormous blocks of vegetation appear. For an artist who was known for his extraordinary fluidity, this is awkward and undignified. Perhaps it was a comic touch? Or perhaps it was a comment about what it might feel like – the pain and monstrous surprise of turning from a young, graceful, mobile human form into a solid and immobilised tree.

The theme of lust versus chastity, predator versus prey continues to this day. Amorous vignette or harassment? Allowing a woman free choice is apparently still up for debate.

Apollo and Daphne #metoo was first posted on April 24, 2019 at 4:37 am.
©2017 "DailyArtDaily.com - Art History Stories". Use of this feed is for personal non-commercial use only. If you are not reading this article in your feed reader, then the site is guilty of copyright infringement. Please contact me at rafalkw@gmail.com